The best places to see Elephants in Africa

No other animal embodies the spirit of Africa like the elephant. Revered for its intelligence, wisdom and imposing size, it really is an African icon..
When it comes to big, the African elephant is an absolute champion. The largest land mammal in the world can grow to more than 3m high at the shoulders and weigh in at a whopping six tonnes. From tail to trunk tip an adult bull can measure some 9m long and only stops growing at around 35 to 40 years old, which is approximately half their lifespan.

The skull of an adult bull elephant can weigh as much as 400kg – 110kg of which is its trunk, with the ears weighing in at around 22kg apiece, the tongue some 14kg and the brain approximately 6,5kg.

It would be easy to run off a long list of incredible facts and figures like these that tell us just how phenomenally large and strong an African elephant is, but facts and figures will never do the elephant justice – it is much more than the sum of its parts! Easily the most iconic of Africa’s wildlife species, the African savannah elephant, Loxodonta africana, is simply awe-inspiring.

Majestic, imposing and magnificent to behold, elephants are also ferociously intelligent, empathetic, sentient, wise beyond words and display a complex range of emotions. To put it mildly, elephants are incredible mammals. Incredible and endangered in the extreme…

A species under threat

Thanks to the scourge of ivory poaching, loss of habitat and human-wildlife conflict, African elephant numbers are tumbling, year on year. In the middle of the 20th century there were some 5-million elephants roaming the African wilderness. Today there are just over 350,000 left, according to the findings of the Great Elephant Census released in 2016. In the interceding five years that number is now more likely to be around the 300,000 mark.

It’s estimated that we lose an average of 100 elephants a day to ivory poachers across Africa. That’s one every 15 minutes. This means we are currently losing around 35,000 elephants each year to poaching, driven by the demand for ivory in the Far East. Various terrorist and insurgent groups across Africa also use ivory to buy weapons and arm themselves.

Human expansion is also playing a huge part in the reduction of elephant numbers, with loss of habitat across all of the African elephant’s natural range in sub-Saharan Africa. All of this makes the conservation of these animals Priority Number One for Africa as a continent. Why? Because the African elephant plays a critical role across Africa as a keystone species.

A keystone species is an organism that defines an entire ecosystem, without which that ecosystem would be dramatically different or cease to exist altogether.

Elephants are renowned as being ecosystem engineers. For a start, they are nature’s coppicers, dramatically trimming back trees and brush and helping to prevent areas of encroachment, maintaining biodiversity in the process. They also create waterholes by digging for water during dry seasons and periods of drought, being able to locate subterranean water sources and water tables, especially in dry river beds.

Elephants need to drink around 200l of water a day, and move between water sources. This movement tramples and flattens the ground, creating pathways and “roads” followed by other animals, including humans, who know that they lead to water.

Elephant dung also plays an enormous part in keeping environments healthy. Because elephants digest only around 40% of what they eat their dung is full of nutrients and seeds. Indeed, with some seeds, the journey through the elephant’s digestive improves germination!

Brains as well as brawn

Elephant intelligence is well documented. That big body needs a big brain to make it work, and with the big brain comes cleverness in abundance. Elephants are exceptionally spatially aware and are capable of recognising themselves in mirrors and using tools.

They’re also remarkably astute when it comes to assessing us as humans, being able to work out which of us pose more of a threat to them. Research has shown that elephants “classify” us in orders of danger as a result of the constant threat to them from the human species.

Elephants “grieve” for their dead and offer assistance to others in their family unit in distress. The oldest members of breeding herds have a unique, innate “wisdom” and store knowledge and experience of both their social groups and their environment. This is expanded upon and passed on generationally.

Elephants can hear and communicate over enormous distances through low-frequency, infrasonic rumbles and other vocalisations, including trumpeting and foot stomping, which resonate at a frequency other elephants can detect through the ground.

They have enlarged ear bones and sensitive nerve endings in their feet and trunks and “hear” these sounds through the soft skin pads on their feet which pick up the sensitive, seismic vibrations. They are thought to also lay their trunks on the ground to detect vibrations.

Where to see them…

Seeing African elephants in the wild, in their natural habitat and observing them at close quarters is one of the most thrilling and at the same time emotional experiences you can have on safari. “Ellies” have a presence that’s hard to put into words – they truly are special and being close to them is often very moving.


We are fortunate to still have amazing wilderness areas across Africa where elephants roam free in large numbers. Topping these is Hwange National Park in Zimbabwe for its sheer numbers of elephants during the dry season. Botswana, of course, is home to the largest populations of elephant in Africa with Chobe National Park renowned across the world for its huge herds, as are the Okavango Delta and the Savute and Linyanti regions in the north of the country.

Mana Pools National Park in Zimbabwe and its neighbouring Lower Zambezi Valley in Zambia also boast large herds which move regularly between the two countries, crossing the Zambezi River in the process, stopping to graze on islands in the middle of the river.

The savannah elephant’s cousin – the forest elephant (Loxodonta cyclotis) is a specialist forest dweller. It’s smaller than its relative, with shorter, thinner, browner tusks and can be seen in the forests of the central African Congo basin region. 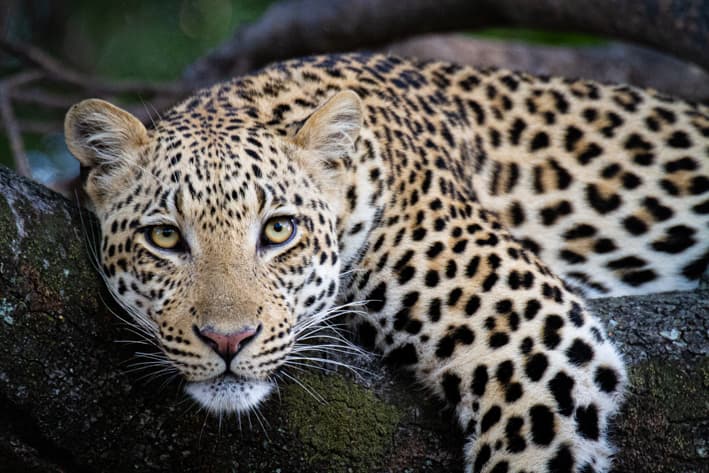 The Best Places to see Leopards 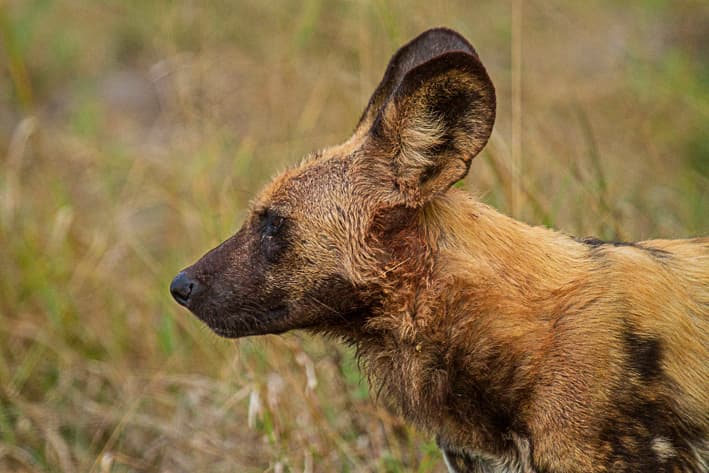 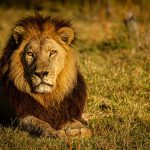