Antarctica remains one of the least explored continents on earth and for good reason. It has always been logically challenging to visit this desolate continent, usually only accessible by boat cruise from South America.

But at Stanley Safaris, we’ve partnered with a luxury travel company that operates 2 luxury lodges on the ice, and is accessible by plane directly from Cape Town! Meet Emperor Penguin Colonies and explore the South Pole on the expedition of a lifetime to Antarctica. 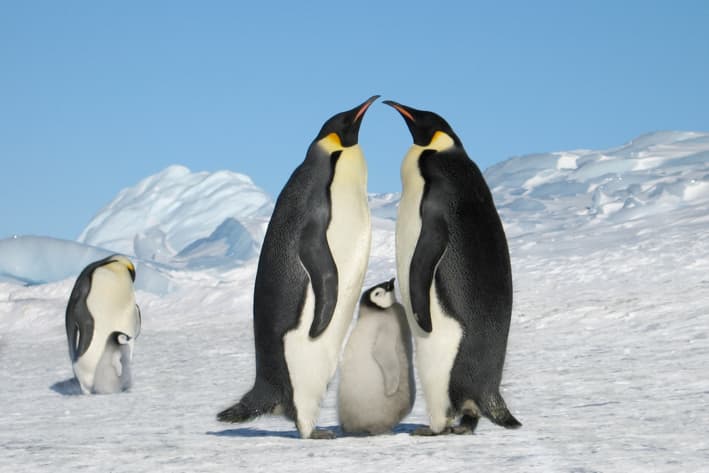 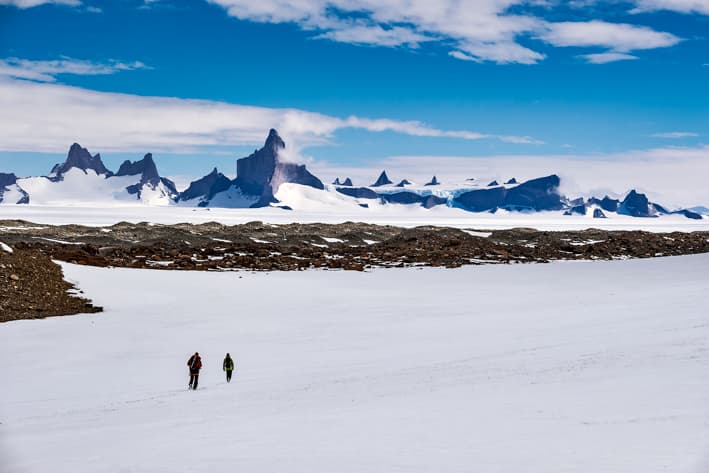 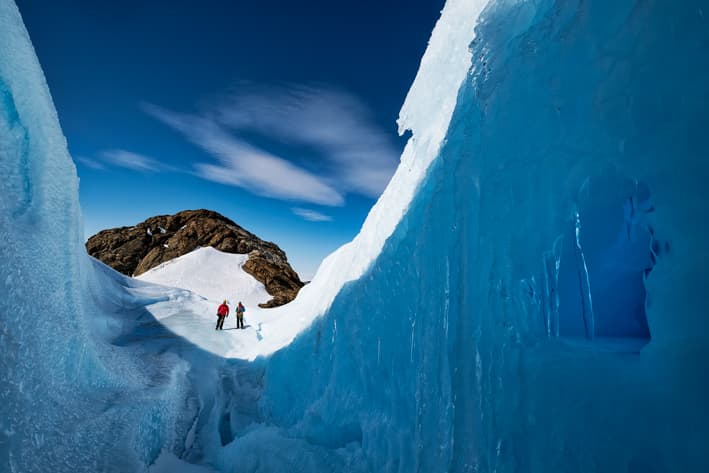 Luxury Antarctica Expeditions
An Antarctic adventure begins in Cape Town, with a short 5-hour flight before touching down in one of the last remaining true wilderness areas left on earth – Antarctica. The frozen continent is now more accessible than ever before, and can easily be combined with a safari in Africa. Covering nearly 14 million square kilometers of ice and mountains, and surrounded by the Southern Ocean, Antarctica is virtually uninhabited, barring a few international research stations and colonies of emperor penguins.

Often referred to as the White Desert, Antarctica is on average the coldest, windiest, and driest continent on earth, with an average annual rainfall of just 20 cm. During the summer months, Antarctica has almost 24 hours of daylight, the perfect time to come and explore its desolate beauty. This is a true adventure, something not many people can say they have done.

Luxury Expedition Ideas
All our expeditions to Antarctica depart from Cape Town, South Africa and are based on set departures to the only 2 luxury lodges on the continent. Fly directly from Cape Town to Antarctica by private plane for the adventure of a lifetime.

We have combined our Antarctica Expeditions with safaris to Namibia, South Africa or the pristine beaches of Sao Tome and Principe, but these are just some ideas to consider as we can tailor-make any safari add-ons to suit your interests.

We fly our guests in a Gulfstream G550 to Antarctica.

Whichaway Camp is one of only 2 lodges in Antarctica where paying guests can stay. Guests fly by private plane and land on Wolf’s Fang Runway, the only exclusive jet runway in Antarctica. The Gulfstream G550 seats just 12 passengers in total luxury and is capable of a return flight from Cape Town to Wolf’s Fang runway without having to refuel, a great safety feature considering Antarctica’s sometimes sudden storms.

Whichaway Camp consists of 7 sleeping pods, each with an ensuite eco-toilet and very comfy beds. There is a separate (shared) shower pods where guests can clean up. The reason for having separate showers is that ALL WASTE has to be removed from Antarctica at the end of the season. There are several pods joined to form the kitchen, dining, and lounge area as well as a reception area which all leads out onto a cocktail deck.

To get around Antarctica, guests use 4x4s, snowmobiles, mountain bikes, and a Basler BT-67. The Basler is used to fly guests to Emperor Penguin colonies as well as to get guests to the South Pole.

Trips to the South Pole

Stand on the most southerly point on earth.

Whilst staying in Antarctica at Whichaway Camp, guests have the rare opportunity to experience Antarctica’s interior. Something very few tourists get the chance to do. Most Antarctica cruises stick to the peripheries but rarely head far inland. Guests get to experience this unique landscape by Skidoo, on mountain bikes, and in specially adapted vehicles. From ice-climbing to ice caves and mountain climbing, your days will be busy. On certain departures, guests will be flown in the camp’s own Basler BT-67 as far south as you can you. The flight takes about 7 hours, to reach the South Pole, something very few people get to experience.

On another day, guests fly for 2 hours to spend time at a 6,000-strong emperor penguin colony. Because of they have not been hunted or harmed by humans in the past, the penguins are completely unafraid, allowing for some incredible photographic opportunities.

This is a unique opportunity for a select few people to experience the interior of Antarctica, truly the last frontier of exploration.

When is the best time to visit Antarctica?
When to visit Antarctica is a very easy question to answer. The continent only has only 2 seasons - summer and winter, and our trips to Antarctica are done during the summer months between November and the end of February when it is safest to travel.

Surprisingly, Antarctica is one of the driest places on earth and is technically a desert, only receiving 166mm of precipitation a year. The weather, however, can be highly variable and can often change dramatically and very quickly. For this reason, guests traveling to Antarctica need to be flexible in terms of arriving or departing, but also about the different activities on offer.