Where to go on your First Safari

The continent of Africa is a very big place, and deciding where to plan a Safari to Africa for the first time can be overwhelming. There’s so many countries and parks to consider. Where do I start? Which parks should I include in my trip? What activities shall I seek out? Should I combine my safari with anything else? The sheer volume of these questions can make planning stressful, and so in this article, we’re going to share our favorite first time safari destinations, explain our choice, and break down what to include in your dream safari to Africa.

Firstly, we love Tanzania as a first-timer’s safari destination. Most people going on safari for the first time are excited about the incredible wildlife they hope to encounter during their trip. Tanzania and parts of Kenya are great first-time destinations because of the high density of wildlife available, especially during the incredible Great Migration, where over two million wildebeest venture from the south of the Serengeti National Park in Tanzania, all the way up to the Masai Mara in Kenya! Depending on the time of year you plan on visiting, you’ll want to be in different parts of the Serengeti and Masai Mara:

During February and March, the herd can be found in the Ndutu Plains in the south of the Serengeti National park, where they give birth to their young. As April and May roll along, the migration moves through the central Grumeti region of the park. These months are marked by the rainy season though, so be careful when planning around this time of year.

June sees the herd crossing the mighty Grumeti river, battling strong currents and many crocodiles who lie in wait. During July and August, you’ll need to be in the north of the Serengeti to see the herds. Towards the end of these months, the millions of wildebeest will cross the Mara river and make their way into Kenya’s Masai Mara. Here, they’ll find good grazing throughout September and October, before they’ll begin the long journey back, this time on a steady trail along the eastern strip of the parks, during November. Finally, the herd will complete the trip to end up back in the south of the Serengeti for December and January.

Witnessing the sheer size of the migration is a once-in-a-lifetime experience and one you won’t ever forget, so we definitely recommend including the Serengeti in your Tanzania safari. But a Tanzanian safari does not end in the Serengeti. There are many other parks packed with wildlife waiting for you to explore!

Also in northern Tanzania along with the Serengeti, there’s Lake Manyara National Park, a small reserve located in the Great Rift Valley. The park is known for incredible elephant, buffalo, and leopard sightings, as well as the famous lions that seem to imitate leopards by climbing trees! Next to Manyara is Tarangire National Park, easily accessible from Arusha. This reserve has good sightings of cheetah, lions, and leopards. Also in the vicinity, is the Ngorongoro Crater National Park. A volcanic eruption 2 million years ago created the 20km crater, where all the action happens. It’s home to Africa’s “Big Five”, and because the ecosystem is so concentrated, the chances of sightings here are excellent!

More south in Tanzania, you’ll find Nyerere, Ruaha, Katavi, and Mahale Mountains National Parks. These parks are all less popular than their northern cousins, but we feel that this is what Africa is all about. The best wildlife sightings are the ones you don’t have to share with a crowd of people, and these parks provide the privacy that you may not find elsewhere without paying highly for it. Nyerere offers excellent wild dog sightings; Ruaha is great for walking safaris through Baobab dotted plains; Katavi is known for huge pods of hippos, sometimes numbering in the thousands, that squeeze into small pools during the dry season; and the Mahale Mountains is where you’ll find some of the best chimpanzee tracking in the world.

Another reason we love Tanzania for a first-time safari is that it’s so easy to combine your safari with some rest and relaxation at the beach. The islands off Tanzania’s coast offer pristine beaches and beautiful coral reefs, ideal for catching your breath after the excitement of your safari. There’s Zanzibar, the most well-known and developed of the islands; Pemba, more secluded and private, as well as Mafia and Fanjove, both seemingly untouched by humans and busy tourism. From the parks of the mainland, these islands are easily accessible via plane, meaning there aren’t too many connecting flights to concern yourself with, and because the islands are part of Tanzania, you don’t need to worry about additional visas either!

We recommend combining two or three different safari locations during your trip, before making your way to the islands for some much-needed relaxation. Tanzania is perfect for this. Internal flights are simple, and everything is relatively close!

Safaris to South Africa for first-timers

The other country we love for a first-time safari is South Africa. One of the hubs of Africa, many big airlines offer direct flights into this beautiful part of the world, so it is relatively easy to access from all over the world. We also love the huge variety of offerings in South Africa. There’s spectacular game viewing, city exploring, wine country, beautiful beaches, and whale watching, all available in one country. A safari to South Africa is diverse and varied, with plenty to see and do, without having to move around too much.

For the safari component of your trip, we recommend a visit to the Sabi Sands Game Reserve in the north of the country. This 65 000-hectare reserve is home to the highest density of animals in South Africa, and Big 5 (lion, leopard, elephant, buffalo, and rhino) sightings here are a regular occurrence. With two rivers – the Sand and the Sabi river running through, the reserve offers a variety of ecosystems and stunning accommodation options to enjoy during your stay. Whether you’re looking for somewhere authentic to base yourself while you spend all your time out in nature, or a 5-star establishment offering the ultimate in luxury and privacy, Sabi Sands has it all.

For the bustle of city life, and to experience the South Africa that locals enjoy, we recommend a few days spent in Cape Town. This beautiful coastal city is found at the southern tip of the continent. There are so many activities on offer here. The area is home to some spectacular beaches, although we’ll be impressed if you venture into the icy Atlantic ocean! There are also bars, restaurants, museums, and art galleries in the bustling city center. Famous Table Mountain offers a large selection of hiking trails for the more active adventurer, but if hiking isn’t your thing, then why not take the cable car up to the top of this natural wonder?

Read our blog about our top things to do in and around Cape Town.

An hour outside of Cape Town, you’ll find yourself in the Cape Winelands, another region South Africa is famous for. The towns of Stellenbosch and Franschhoek are well known for their picturesque scenery and rolling vineyards. Franschhoek is renowned as the country’s culinary capital, with many world-renowned chefs setting up award-winning restaurants in the area because of easy access to some of the best wines and fresh produce in the country. Come here planning on eating and drinking your way through the day!

Just over an hour and a half away from Cape Town, you’ll venture into the quaint seaside town of Hermanus. Each year, thousands flock here to witness the incredible humpback whales that make their way into the waters surrounding the town to give birth to their calves. Although Hermanus is charming all year round, whale season is from early June to early December each year, so visiting in this window gives you a good chance of spotting these gentle giants. The town is home to spectacular cliff paths to walk along, as well as beautiful seafood, making use of the rich waters the town is famous for.

With so much to choose from, it can be tricky to select what you want to include during your safari to Africa! Why not read about each location and decide what appeals to you most before booking? The beauty of Cape Town is that it is very close to both the Winelands and Hermanus, so even if you want to minimize the amount you have to pack and unpack your bags, you can always do day trips to the other areas!

A safari to Africa is an incredible experience everyone should experience at least once, but we know that once you’ve been on your first safari, you’ll be coming back for more! Of course, deciding where to go on safari is a personal decision each traveler needs to make for themselves, and there is no wrong answer. Our selection is based on both our personal experience and the feedback we have received from our guests. Are you planning a safari for the first time? Perhaps you feel we left something off our list? Get in touch to talk about safaris to Africa with us! 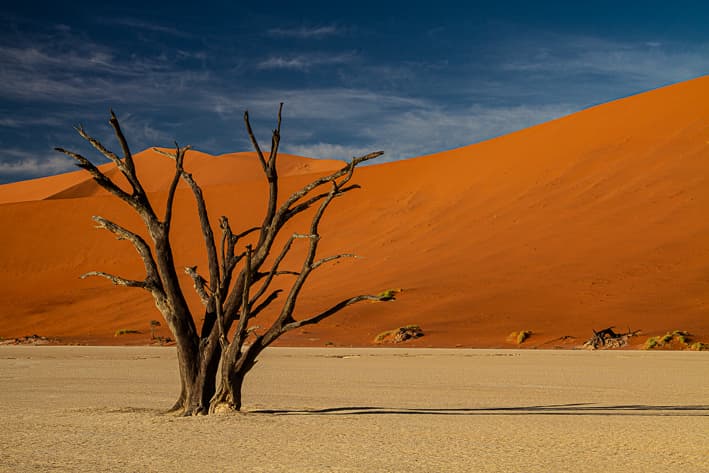 The Ultimate Guide to Namibia Safaris 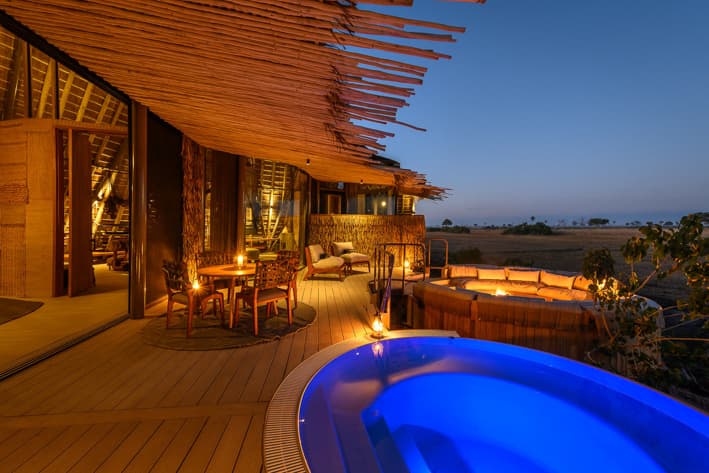 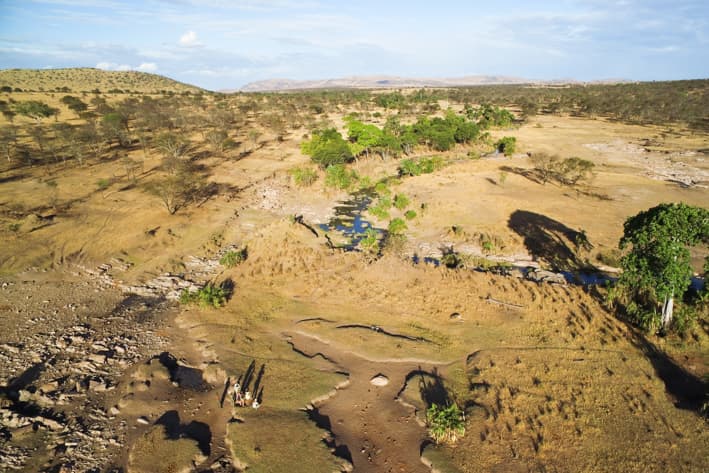